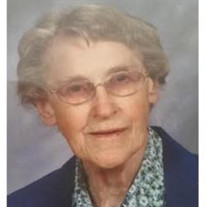 Sister Elizabeth Morgan died in the early evening Friday, October 29, 2021, at her home in St. Anthony’s Gardens. A memorial service for her will be on Tuesday, November 9, 2021 at Most Holy Trinity Catholic Church, in Covington, LA. Prayer and visitation will begin at 10:00 a.m., followed by the celebration of the Eucharist at 10:30 a.m. The pastor, Rev. Rodney Bourg, will be the celebrant. Mary Elizabeth Morgan was born on June 15, 1926, in New Orleans. She was the youngest child of James Patrick and Caroline Middleton Morgan. She attended McDonogh 26 Public School in McDonoghville, Louisiana where her aunt was principal. After the sixth grade, she and her five brothers and sisters traveled by bus, ferry, and street car to attend catholic high schools and Loyola University at varied times in their lives. Toward the end of her second year in high school, both her beloved mother and grandmother died. In her junior year Elizabeth met the School Sisters of Notre Dame as she enrolled in Sacred Heart High School on Canal Street in New Orleans. She viewed the sisters as excellent teachers and friends. She considered following them as teaching religious on her graduation from high school. But, after prayer and discussion, she decided to begin work on a degree at Loyola University in New Orleans. On receiving her bachelors degree in 1947, Elizabeth remained at home to help her paralyzed father while she taught elementary school children for two years. In 1949, Elizabeth followed her call to life as a School Sister of Notre Dame. She entered the spiritual and professional preparation program at Sancta Maria in Ripa, in St. Louis. After two years she was received into the congregation and was given the name Mary Caroline. On professing her vows in 1951, Sister Caroline began her professional life as a teacher of high school learners. During these formal classroom teaching years, Sister Caroline taught these youth, Latin, literature, and religion at Redemptorist High Schools in Baton Rouge, New Orleans and St. Louis; she also taught at Notre Dame High School in St. Louis. Returning to her baptismal name, she taught as Sister Elizabeth in Religious Education Programs in Arizona from 1965 to 1980. The programs were in Coolidge, Eloy, and Page, Arizona. For the next two years, Sister Elizabeth pursued further education and training in Clinical Pastoral Education then worked as a certified chaplain particularly giving religious aspects to the program to help addicted individuals recover a normal life at Tau House in Baton Rouge, at Queen of Peace, St. Louis, and the Plano, Texas Charter Hospital. On Sister Elizabeth’s retirement in 1998, she volunteered in education programs in Pine Bluff Ark., Pascagoula, Miss., and as a tutor at Wynhoven Apartments in Marrero, LA. From the latter she also attended her elder sister, Katherine until her death. From 2009, Sister Elizabeth lived in community at the School Sisters of Notre Dame retirement home in Chatawa, Miss. Ten years later, in 2019, she was a member of that same St. Mary of the Pines community from Chatawa that was transferred, to St. Anthony’s Gardens in Covington, LA. Her health had been in decline for a few years. Now it declined more rapidly until her death in late October. Sister Elizabeth was preceded in death by her parents and by her sisters, Kather Jubin, and Caroline Kerwin, and her brothers James, Francis, and John Morgan, and is survived by many nieces and nephews. Memorials may be sent to the School Sisters of Notre Dame; 320 E. Ripa Avenue, St.Louis, Missouri 60125. Interment was in The School Sister of Notre Dame Cemetery in Chatawa, Mississippi. Arrangements entrusted to Serenity Funeral Home, Covington, LA. Condolences and tributes can be posted at www.serenitycovington.com

Sister Elizabeth Morgan died in the early evening Friday, October 29, 2021, at her home in St. Anthony&#8217;s Gardens. A memorial service for her will be on Tuesday, November 9, 2021 at Most Holy Trinity Catholic Church, in Covington, LA.... View Obituary & Service Information

The family of Sister Elizabeth (Mary) Morgan created this Life Tributes page to make it easy to share your memories.

Send flowers to the Morgan family.