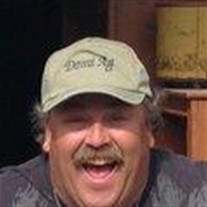 Thomas (Tom) H. Hite Jr. age 53, passed way suddenly on Saturday, March 17, 2018, from a massive heart attack in Stockton, California. He was born on February 6, 1965 in Marquette, Michigan to Thomas H. Hite Sr. and Shirley Holm. He grew up in Vacaville, California and graduated from Vanden High School in 1985. He married Melody R. Garay on August 29, 1987. At the time of his death he was working for PCI in California. Prior to going to California to work, he was working in New Orleans for Cimmarron Underground. Even though he was in California working at the time of this death, his home was in Ponchatoula, Louisiana. Thomas was a devoted Dallas Cowboys fan ever since he was young. During his younger years, Thomas coached Pop Warner Football, Little League and enjoyed spending time with family and friends. He was very involved at Church of the King, Mandeville. He enjoyed serving anytime he could. He is survived by his wife, Melody, son, Thomas H. Hite III (29), daughter, Ashley R. Origel (27), grandchildren, Josiah (16), Sophie (6), Adrian(3), Cameron (2) and Adeline (7mon.). In addition to his mother, Shirley Webb, stepfather, Robert Webb, step mother, Gemma Hite-Marsh, older sister Lori Hite, and step-sister Ilona Webb Hodgson, along with many nieces, nephews and cousins. Thomas is preceded in death by his father, Thomas Hite Sr. Relatives and friends of the family are invited to attend a memorial service on Friday, April 6, 2018 at Serenity Funeral Home, 20419 Highway 36, Covington from 11 AM until 2 PM with the service starting at 1 PM.

The family of Thomas Hite created this Life Tributes page to make it easy to share your memories.

Send flowers to the Hite family.