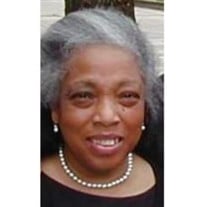 Sharon Anne Johnson, nee Fletcher, passed away on Friday, October 1, 2021, in Houston, TX, after a long battle with renal disease and other illnesses. She was born on March 2, 1947, to the late Elizabeth (nee Taylor) and Arthur Taft Fletcher,... View Obituary & Service Information

The family of Sharon Anne Johnson created this Life Tributes page to make it easy to share your memories.

Send flowers to the Johnson family.