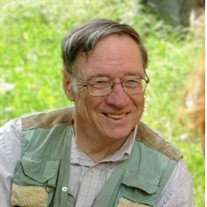 Dr. Robert Shenk: God, the Navy, literature, music, family Robert “Bob” Shenk, professor of English, Naval captain, devout Catholic, singer, pianist, and family man, passed away on Saturday, January 30, 2021 at the age of 77. After graduating from the University of Kansas, Bob joined the Navy and went to Officer Candidate School. He spent two years on the destroyer USS Harry E. Hubbard including a tour offshore Vietnam followed by a year on the river patrol boats on the Mekong River. Dr. Robert E. Shenk taught in the English Department at the University of New Orleans for 34 years until his retirement in 2019. He taught a combination of classic literature and technical writing and wrote or edited over eight books. He especially loved teaching Milton, Shakespeare, and the Bible as literature. His publications mixed his love of literature, tech writing, and the Navy. They include the “Guide to Naval Writing”, compilations of Naval stories in “The Left-Handed Monkey Wrench” and “Authors at Sea”, the collected diaries of the famous “Admiral Dan Gallery: The Life and Wit of a Navy Original”, and the story of “America’s Black Sea Fleet” about the Navy in the Black Sea after World War I, which set off a series of speaking engagements and other working collaborations for Bob regarding the Greek and Armenian genocides in the early 1920s, including “The Greek Genocide in American Naval War Diaries”. Outside of work, Bob Shenk was a dedicated sports fan, especially of the Saints and the Kansas Jayhawks, and had an abiding passion for trout fishing, hiking to the high mountain lakes and streams of Colorado to go fly fishing. But no portrait of Bob Shenk would be complete if it did not mention his humble devotion to God. He brought his lovely strong tenor and piano playing to serve God in church choirs—from simple choir singing, to cantoring, to acting as coordinator for a contemporary choir, to writing the script for and producing a musical drama “The Other Wise Man”. Some of his deepest friendships were formed in church choirs, as well as in his literary collaborations. Bob Shenk was very close to his family and acted both as a friendly companion and as a moral guide. He was a great source of leadership, discipline, and inspiration for his children. He taught them to love God, and to “work hard” (ever his motto). But alongside the deeply serious, he had a gleeful sense of humor, a love of storytelling and conversation, and a very soft heart. He will be loved and missed by his many colleagues, students, friends, and family, including of course his beloved wife of 51 years Paula Shenk; his daughter Mary Shenk and husband Matthew McCaskey; his daughter Stephanie Shenk and partner Noah Tippett, and their children Persephone Shenk and Neon Shenk (to whom he was “GrandBob”); his son Henry Shenk; his son Peter Shenk and wife Floor Krechting, and their baby Yule Robert Shenk. A Mass of Christian Burial was held at Most Holy Trinity Catholic Church on Wednesday, February 3, 2021 followed by Interment with military honors at St. Lazarus of Bethany Memorial Garden, Covington, LA. Arrangements entrusted to Serenity Funeral Home, Covington, LA. Condolences and tributes can be posted at www.serenitycovington.com

The family of Robert Edwards Shenk created this Life Tributes page to make it easy to share your memories.

Send flowers to the Shenk family.