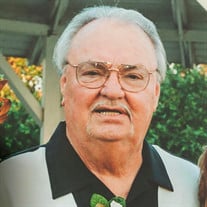 Robert James O’Bryan departed this life surrounded by his family on Thursday, August 5, 2021 at his home in Mandeville, LA at the age of 74. He was born in 1947 in New Orleans, LA and was preceded in death by his father Lloyd Lucas O’Bryan and his mother Marion Prendergast O’Bryan. A native of New Orleans, former resident of St. Bernard, and resident of St. Tammany since Hurricane Katrina. He was currently residing in Mandeville, LA. Robert graduated from F. T. Nicholls High School class of 1966. He attended LSU and UNO before joining the United States Army in July of 1968. Robert was a military veteran serving in Germany during Vietnam. After growing up in the dry cleaning business he continued as a third generation co-owner with his mother at St. Claude Cleaners until June, 2005. His love of cars, along with his son, provided him the opportunity of making lifelong friends and great memories. His 1955 Chevy was his pride and joy, along with all of his friends from the Coastal Cruisers Car Club. He will be missed by all who knew and loved him. He loved his family deeply and enjoyed spending time with them. Robert is survived by his loving wife of 53 years Paula Tabary O’Bryan, four children Shawn Cusachs (George), Shannon DuMontier (Brandon), Kelley Reichert (Dustin), and Robert O’Bryan, Jr. (Ashley), ten grandchildren Brooke (Stick), Dylan, Brodie, Benjamin, Emma, Cole, Reese, Aubrey, Brynlee, and Royce, and one great grandson Maxwell. He is also survived by his devoted sister Elvira Barbee, and many nieces and nephews. Relatives and friends of the family are invited to attend a Memorial Mass at Our Lady of the Lake Roman Catholic Church, 312 Lafitte St., Mandeville, LA 70448, on Friday, August 20, 2021 at 11:00 AM. Visitation begins at 10:00 AM. Inurnment will immediately follow at Southeast LA Veterans Cemetery, Slidell, LA. The family extends a special thank you to Hospice Compassus and all the staff who cared for him. In lieu of flowers please consider donating to the Al Copeland Foundation supporting Merkel Cell Carcinoma Research. Arrangements entrusted to Serenity Funeral Home, Covington, LA. Condolences and tributes can be posted at www.serenitycovington.com

Robert James O&#8217;Bryan departed this life surrounded by his family on Thursday, August 5, 2021 at his home in Mandeville, LA at the age of 74. He was born in 1947 in New Orleans, LA and was preceded in death by his father Lloyd Lucas O&#8217;Bryan... View Obituary & Service Information

The family of Robert James O'Bryan created this Life Tributes page to make it easy to share your memories.

Robert James O’Bryan departed this life surrounded by his family...

Send flowers to the O'Bryan family.