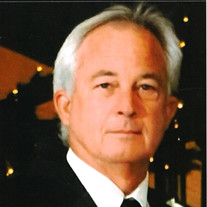 Michael Dean Reed passed away on Tuesday, January 25, 2022, in Covington, LA at the age of 70. He was born in New Orleans and resided in Covington, LA. When asked about his profession, he would say “I’m a contractor,” but we all knew him to be so much more. Michael was meticulous and took pride in building not just houses, but homes with unique characteristics from floor to ceiling. He grew up with a very strong work ethic, was self-taught and was happiest when creating furniture grade cabinetry or beautiful iron works for custom homes. Michael displayed the same passionate enthusiasm in his hobbies and was an avid baseball fan, especially his beloved Astros. He traveled extensively to the Spring training camps in Florida and Arizona yearly and, visiting ball parks throughout the United States and appreciated sports memorabilia of any kind. In fact. Michael was such a baseball fan that he organized a special group of friends and formed a team and named them A’s baseball team. These friends formed a special friendship with Mike that would last his lifetime. Michael was constant motion, enjoyed motorcycles, loved to snow ski in his younger years and zip lined for the first time mid-sixties. He was a muscle car enthusiast, enjoying Barrett-Jackson Classic Car Auctions, SEMA Car Expos, and Cruisin the Coast. In 2005 Michael was diagnosed with Leukemia although he very seldom complained and through sheer determination and will to live, beat the statistics going on to live life to the fullest for the next 17 years. He believed strongly in family traditions and reveled in the deep connection he had with his grandchildren. Michael was preceded in death by parents Billie C. and Tommie Johns Reed, Mother-In-Law Anna LaFrance and Sister Patricia Aline Reed. Michael is survived by his loving wife of 45 years Stephanie LaFrance Reed, children Chad Reed and Traci Reed Pfalzgraf and son-in-law Arthur Pfalzgraf, and daughter-in-law Alicia Boyd Reed, adored grandchildren Lola Rose Reed, Lucy Ross Reed, Peyton Michael Pfalzgraf, and Alexa Catherine Pfalzgraf and father-in-law Leo P. LaFrance, Jr. He is also survived by his sisters-in-laws, and brothers-in-laws, aunts, nieces, nephews, cousins, and other beloved family members and friends. Relatives and friends of the family are invited to attend Michael’s Funeral Service at The Chapel at First Baptist Church, 16054 Murphy Road, Covington, LA 70433 on Wednesday, February 2, 2022. Visitation begins at 9:00 AM and Service begins at 11:00 AM. Interment will take place on Thursday, February 3, 2022, at 1:00 PM at Gayla Traina Memorial Cemetery in Jonesboro, LA. In lieu of flowers the family is requesting donations to the Leukemia and Lymphoma Society Co-pay assistance program www.lls.org/support, or PAN Foundation www.panfoundation.org, or Corporate Angel Network, www.corpangelnetwork.org, or Houston Ground Angels, www.groundangels.org. Condolences and tributes can be posted at www.serenitycovington.com

The family of Michael Dean Reed created this Life Tributes page to make it easy to share your memories.

Send flowers to the Reed family.