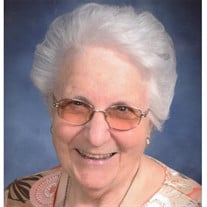 Sister M. Thomasette Pittari, SSND Sister Thomasette Pittari died early on Tuesday morning, February 23, 2021, at St. Anthony’s Gardens, in Covington, LA. Sister Thomasette was born in New Orleans, LA. Thomas and Josephine (Klevorn) Pittari welcomed their first born in 1938. In baptism she was given her mother’s name, Josephine Marie. The family grew to three daughters and a son in close proximity to the family’s famous restaurant. Josephine attended both Our Lady of Lourdes and Our Lady of Good Council Elementary Schools in New Orleans. During the first year of high school at St. Stephen’s she felt she should test her call to religious life by finishing high school as an aspirant to the School Sisters of Notre Dame in St. Louis, MO. Josephine finished high school there and was admitted to the next step as a candidate for the congregation in 1956. She studied religious life and enrolled in college. When Josephine was accepted into the congregation as a novice, she received the name, Mary Thomasette. After she professed her vows, she completed study for a B.A. with major and minor in the languages, Latin and Spanish. During the first ten years after her profession of vows, Sister Thomasette taught children in the elementary grades at Immaculate Conception School, Marrero, LA; St. Gregory School, Tyler, TX; and St. Gerard School, Baton Rouge, LA. She applied her expertise in languages as she taught youth at St. Mary of the Pines, Chatawa, MS. Then in the 1970s she responded to a need for one fluent in Spanish at the Latin American Apostolate in the Archdiocese of New Orleans. Here for the next ten years, Sister Thomasette assisted in the resettlement of the large number of Spanish-speaking immigrants who had come to this port city as a result of the 1960s Cuban revolution. It was another kind of Cuban exodus that brought about Sister Thomasette’s invitation to her next ministry. There was a need for a Spanish-speaking, Catholic presence in a soon-to-be opened federal prison in the Louisiana Lake Charles Diocese. The part time diocesan involvement became a fulltime chaplaincy in the federal system during the next twenty years. Sister Thomasette described this ministry as religious counseling, assisting with the Catholic liturgies in addition to providing for the needs of all religious groups in the prison population. The main groups were Catholics and Protestants, then in the later days there was a group of Islamic inmates for whom she helped by providing space for Friday prayer. During these times and in her more vigorous years Sister Thomasette was a long-distance runner participating in many marathons. In quieter times she was an adamant crossword puzzle worker. In retirement, she volunteered in tutoring children until she finally retired full-time to St. Mary of the Pines in Chatawa, MS. She moved with the other community members when the School Sisters of Notre Dame moved from there in 2019 to St. Anthony’s Gardens. Of her teaching and all her ministries, Sister Thomasette said, “What I was doing was responding to a need.” In each she sought and received the support of her sisters in community who gave her this support even through the last days of her life. Sister Thomasette was preceded in death by her parents and by her sister Rosalie Martinez. She is survived by her sister Mrs. Marie Borim of Riverdale, GA and her brother Thomas Pittari of Pearl River, LA. Relatives and friends are invited to attend Visitation and Prayer on Tuesday, March 2, 2021 at 10:00 AM at Most Holy Trinity Catholic Church, 501 Holy Trinity Dr., Covington, LA 70433. This will be followed by the Eucharistic Celebration at 11:00 AM. Reverend Rodney Bourg, pastor, will be the celebrant. Burial will be in the School Sisters of Notre Dame Cemetery in Chatawa, MS. Arrangements entrusted to Serenity Funeral Home, Covington, LA. Condolences and tributes can be posted at www.serenitycovington.com

The family of Sister Mary Thomasette Pittari created this Life Tributes page to make it easy to share your memories.

Send flowers to the Pittari family.