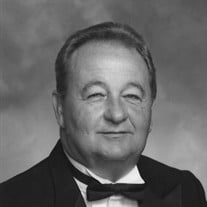 It is with great sadness that the family of Joseph Anthony Gilbert announces his passing at the age of 77 on June 30, 2018 at St. Tammany Parish Hospital in Covington, Louisiana. Joe was surrounded by his loving family and the best of friends in his final days. He was born in Bay St. Louis, Mississippi, and lived in New Orleans, Louisiana for the majority of his life. Joe will be remembered through his best friend and beautiful wife of 58 of the most loving years, Julie Duplantis Gilbert. Joseph was a loving and devoted father to his two children, Kimberly Gilbert Lambert and Kevin Gilbert, adored by his little sister, Fay Larose, and admired by his proudest achievement—his all LSU graduate team, his little tigers, grandchildren, Casey, Taylor, Gabrielle, Nicholas, and Michael. Joe Gilbert was preceded in death by his father, Joseph Gilbert, mother, Estelle Choina, his brother, Terry, sister-in-law, Dorcas Sutton, and his brother-in-law, J. Brown “Brownie” Larose. Joe, “Sting” Gilbert was the epitome of a devoted husband, father, grandfather, brother, uncle, and friend. No matter what he did, he gave 100% of himself to each and every task he undertook. After high school, Joe enlisted in the military, honorably serving his country in the Navy working as a Lithographer for 10 years. He served several years aboard the carrier, U.S.S. Essex. Joe fondly recalled his years in the Navy as some of the best times of his life. Upon leaving the United States Navy, Joseph Gilbert joined the New Orleans Fire Department, while earning two college degrees during a highly decorated 30-year career in which he rose to the rank of Assistant Superintendent of the New Orleans Fire Department. Joe is credited with implementing the modern 9-1-1-communication system for the City of New Orleans, and served as a Chief Liaison for several mayoral administrations. Joe served on several boards throughout his career and was considered an expert in Fire Administration. His son, Kevin, and brother, Terry, served as Captains alongside Joe for several years with the NOFD. It was a true family business. Brother Gilbert was an active member of the Masonic family for more than 25 years. He was a 32nd degree Master Mason, and served as Worshipful Master of Saint John’s Lodge 153. As a Shriner, Joseph Gilbert served on many units, including Captain of the Motorcycle Escort Unit, the Clown Unit, and Shrine Circus Board. Brother Gilbert’s time as a Shriner was first spent serving on the Divan before culminating as Potentate of Jerusalem Temple Shrine Organization. Joseph dedicated his life to public service and helping others, and gave his absolute best—effort, time, dedication, and hard work—to everything he was involved in. He lived by virtue to “leave it better than when you got there,” and took great pride instilling this value in his loved ones. In our family, when a loved one passes, we always say, “Maw Maw has to add another cup of water to the gumbo pot,” because there’s always room for one more. Joe will be missed dearly, but his loved ones find comfort knowing that he is at peace—peace in heaven on the best golf course in the universe, cigar in hand, with his brother and brother-in-law, enjoying endless hotdogs and ice cream. He knows that for dinner, Maw-Maw will have the gumbo ready. A Celebration of Joe’s life will be held from 2:00-5:00 p.m., on Sunday, August 12, 2018 at the LA Lodge #102, located at 6205 3rd Street in River Ridge, Louisiana. Arrangements entrusted to Serenity Funeral Home, Covington, LA.

It is with great sadness that the family of Joseph Anthony Gilbert announces his passing at the age of 77 on June 30, 2018 at St. Tammany Parish Hospital in Covington, Louisiana. Joe was surrounded by his loving family and the best of friends... View Obituary & Service Information

The family of Joseph Anthony Gilbert created this Life Tributes page to make it easy to share your memories.

It is with great sadness that the family of Joseph Anthony Gilbert...

Send flowers to the Gilbert family.