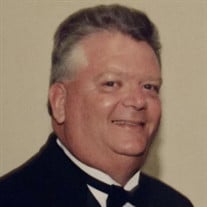 Gerald Albert “Gerry” Bragg, 75, died on Wednesday, August 14, 2019, in his home in Mandeville, La. Devoted husband of the late Cheryl Ann Johnston Bragg, Gerry was the father of Dr. Richard Scott Bragg (Susan) of Orlando, Fla., David Michael Bragg (Caroline) of Milton, Ga., and Robert Matthew Bragg (Amy) of Tuscaloosa, Ala., and the grandfather of Payton, Delaney, Rowan, Rebecca “Becca,” Eagan, infant Thayer (deceased), Miller, and Charles “Beau.” Born in Huntsville, Ala., in 1944, Gerry was the firstborn son of the late Charles Albert Bragg and the late Elizabeth Estelle Schuman Bragg. He spent his early childhood in Vicksburg, Miss., then moved to Metairie, La., in 1949, when his father partnered with J. Bres Eustis to expand Eustis Engineering Company. He is the brother of Barbara Jones (Mike), Beverly Finch (the late Dean), Janet Hungerman (Robin), Charles “Billy” Bragg (Marta) and George Bragg (Margo), the brother-in-law of Lorraine “Rainey” Weathington (John) and Walter “Walt” Johnston, Jr., and the uncle of many nieces and nephews. Gerry graduated from Jesuit High School in New Orleans in 1962 and from Louisiana State University in 1966 with a bachelor of science degree in civil engineering. He became a registered professional engineer in the State of Louisiana in 1971. The following year, he became a member of the Louisiana Engineering Society. He joined the American Society of Civil Engineers (ASCE) in 1967 and remained an active member for more than 50 years, contributing to various ASCE activities, including its K-12 outreach fund and its diversity fund. In 2009, he achieved ASCE Life Member status. Gerry spent his entire career with Eustis Engineering Company, starting in the late 1960s and eventually becoming the third president of the company in 1988. He retired in 1999. He was active in the Rotary Club of Metairie, the East Jefferson Business Association, and the Mystic Krewe of Olympia in Covington, La. Gerry’s hobbies and interests included golf, stocks, blackjack, solitaire, coins, stamps, puzzles, travel and genealogy. He always rooted for the New Orleans Saints and the LSU Tigers, as well as for his family, his colleagues and his friends. Everyone who had the privilege of knowing Gerry could rely on him for quiet strength, deep integrity and unfaltering loyalty. He was a true gentleman, and he will be missed. Visitation will take place from 2:00 p.m. to 3:00 p.m. on Friday, August 16, 2019, at Most Holy Trinity Catholic Church, 501 Holy Trinity Drive, Covington LA. The funeral mass will begin at 3:00 p.m. Private interment will follow at Hope Mausoleum in New Orleans. Memorial donations can be made to the American Cancer Society. Arrangements entrusted to Serenity Funeral Home, Covington, LA. Condolences and tributes can be posted at www.serenitycovington.com

The family of Gerald Albert "Gerry" Bragg created this Life Tributes page to make it easy to share your memories.

Send flowers to the Bragg family.