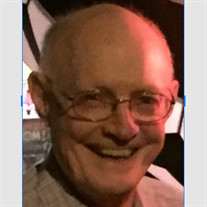 David Goforth Keiffer, Jr. passed away at the age of 87 on Friday, May 31, 2019, at his long-time home in New Orleans, Louisiana. He was predeceased by the love of his life, Jill Sullivan Keiffer (May 6, 2002), daughter of Richard and Mabel Sullivan of South Bend, Indiana. Together, they raised six surviving children: Molly Ann Keiffer, David Goforth Keiffer, III (Sarah Hardie), Richard Sullivan Keiffer (Lourdes Esteve), Thomas Michael Keiffer, Sr. (Lisa Loyacano), Daniel Martin Keiffer (Dielesy Rodriquez), and Susan Keiffer Ary (Brian Ary). Dave is also survived by 14 grandchildren: Nicole, William, Jillian, Grace, Patrick, Cristina, Nate, Callie, Rachel, Thomas, Jr., Charley, Nicholas, Zailly, and Keiffer. Dave was the oldest of five children born to David Goforth Keiffer, Sr. and Elvira Schulz Keiffer: Patricia Keiffer McAuliffe (December 5, 2016) and Judith Anne Keiffer (April 10, 1947), who predeceased him, and Jacquelyn Keiffer Varin and Michael Keiffer. As a typical boy from a bygone era, Dave would coerce small creatures to entertain himself. For example, he would thread a bee’s legs to make a “bee kite” or harness a grasshopper to a miniature cart. Young Dave also enjoyed making cannons from clothes pins and wooden matches, and later passed on this lost art to his grandchildren. Some speculate that these early experiments in insect-based propulsion sparked Dave’s lifelong interest in physics. He attended Holy Name of Jesus Grammar School in New Orleans while living uptown, and St. Aloysius High School in New Orleans when his family moved to Metairie, Louisiana. After graduating with a Bachelor of Science degree from Loyola University in New Orleans, Dave ventured north to the famed University of Notre Dame in South Bend, Indiana, where he earned a PhD in physics. It was there that he met, courted, and fell in love with a smart, beautiful biologist and part-time librarian named Jill Mary Sullivan. Dave and Jill were married in the original Log Chapel on the campus of Notre Dame in 1957. After Dave successfully completed his dissertation on “experimental low temperature physics,” the newlyweds moved to Buffalo, New York, where Dave joined the faculty of Canisius College. Over the course of the next eight years, Dave and Jill were blessed with six children while residing in New York. In 1964, Dave moved his family to his hometown New Orleans, and accepted a teaching position at his alma mater, Loyola University, where he taught as a professor in the physics department for 37 years. His wife, Jill, taught high school biology at the Academy of Sacred Heart in New Orleans for over 30 years. David Goforth Keiffer. Jr. was a devout Catholic and a profoundly good man with an unshakable moral compass. He set for us a high standard and will be tremendously missed. A memorial mass will be held on Thursday, June 13, 2019, at Loyola University’s Ignatius Chapel, 6363 St. Charles Avenue, Bobet Hall Room 104. Visitation will commence at 9:00 AM, and mass will begin at 11:00 AM. A reception for family and friends to follow at The Round Table Club on St. Charles Avenue.

David Goforth Keiffer, Jr. passed away at the age of 87 on Friday, May 31, 2019, at his long-time home in New Orleans, Louisiana. He was predeceased by the love of his life, Jill Sullivan Keiffer (May 6, 2002), daughter of Richard and Mabel... View Obituary & Service Information

The family of David Goforth Keiffer Jr. created this Life Tributes page to make it easy to share your memories.

David Goforth Keiffer, Jr. passed away at the age of 87 on Friday,...

Send flowers to the Keiffer family.