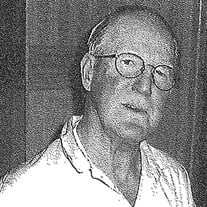 Charles “Bert” Harrington passed away peacefully on Thursday, August 23, 2018 at the age of 79. He was a long-time resident of Slidell, La. He was the beloved husband of Patricia “Pam” Harrington. He is preceded in death by his parents, Timothy L. Harrington and Mary Evelyn Harrington as well as his beloved son, Charles Grady Harrington. He is survived by his children, Brenda Himber (Ernie), Kevin Harrington, and Kyle Harrington (Brandy). He was a loving grandfather of Christopher, Brittany, Tyler, Dylan, Logan, Kyla, Kara, and Kellan and great grandfather of Timothy Jr. He is also survived by his brother Al Harrington and preceded in death by siblings, Lawrence Harrington, Mary Reavis, and Pat Harrington. He was also treasured by numerous nieces, nephews and friends. Charles was a U.S. Army National Guard Veteran and spent many years working out of Local 1846 in multiple talented facets. Charles was known for his kindness, generosity, and sweet sense of humor, he will be dearly missed by all who knew him. In lieu of formal services a Celebration Of Life will be held at a later date. Arrangements entrusted to Serenity Funeral Home Covington, La.

The family of Charles Bertrand Harrington created this Life Tributes page to make it easy to share your memories.

Send flowers to the Harrington family.