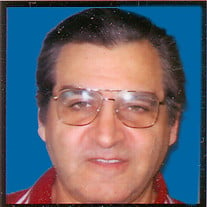 Allen Louis Phillipe, an Air Force veteran, passed away on May 23, 2019 at the age of 75 at St. Tammany Parish Hospital in Covington, LA. He was born in Pasadena, California and lived in Abita Springs for the last 6 years of his life. He served honorably as an Air Force Sergeant with Intelligence in Vietnam and also spent eight months training with the Marines at Paris Island. He met the love of his life, Mrs. Carol Brown Phillipe after Vietnam. When he returned from his tour overseas and left the military, he used his vast talents in many fields of expertise, but he thrived in the field of technology. He also had a passion for assisting veterans. When he retired and moved to Abita Springs, he became very active in taking care of many veterans through the organizations in which he belonged. This talented man went back to college later in life to get his degree in computer technology so that he could become a computer instructor. He donated countless hours of his time repairing computers for veterans in need and he asked for nothing in return. In addition, Allen was always willing to steer his brothers in the right direction and would be the first to volunteer for events when asked. For his brothers and sisters in Christ, he served as a Eucharistic Minister for Saint Jane de Chantal, and held 4th Degree with the Knights of Columbus. For his brothers and sisters-in-arms, he served as the Secretary for Wounded War Heroes; a service officer of the American Legion post 415 in Mandeville, LA; a service officer and advocate for District 9, post 8720 Veterans of Foreign Affairs in Abita Springs, LA, the lead volunteer for the Louisiana Department of Veterans Affairs in St. Tammany Parish; and even assisted St. Tammany Parish Hospital’s veterans through the Red, White, and Blue Program. Allen is survived by his loving wife of 49 & ½ years, Mrs. Carol Phillipe. They have two beautiful daughters, Nikki Chenevert and Anne Phillipe; and four grandchildren: Alex Phillipe, and Brandon, Lauren, and Emily Chenevert. Son of the late Louis and Eunice Phillipe. He will be immensely missed by family and friends. Relatives and friends of the family are invited to attend visitation at Serenity Funeral Home at 20419 Highway 36, in Covington, on Wednesday, May 29, 2019 at 10:00 AM until 11:30 AM, followed by a Mass at St. Jane de Chantal Church, 72040 Maple St., Abita Springs, LA 70420, at Noon. Interment immediately following at S.E. Louisiana Veterans Cemetery at 1:30pm, 34888 Grantham College Road, Slidell, LA 70460. A celebration of life will take place at St. Jane church hall 2:30-5:30. The church will provide coffee, drinks, utensils, dessert, plates and napkins. Family and friends can bring in food as early as 1:30. Someone will be there to accept it.

Allen Louis Phillipe, an Air Force veteran, passed away on May 23, 2019 at the age of 75 at St. Tammany Parish Hospital in Covington, LA. He was born in Pasadena, California and lived in Abita Springs for the last 6 years of his life. He served... View Obituary & Service Information

The family of Allen Louis Phillipe created this Life Tributes page to make it easy to share your memories.

Allen Louis Phillipe, an Air Force veteran, passed away on May...

Send flowers to the Phillipe family.